Wekfest Los Angeles was this past weekend, and I wasn’t going to originally post on it, but the amount of quality cars was staggering. What really stood out to me was the work that is now being put into the S2000’s. We are used to seeing full builds on civic’s and integra’s, but the S2K’s are new to the game. Hopefully we’ll see more like these in the future. There is a lot of potential for the S’s as you can see.

This Red S2K is on AIR! One of the first. From what I’ve heard its not fully dialed in, can’t wait to see it done. Definitely nice to see a full J’s kit slammed to the floor.

This Black S was very well done sitting on Mugen M7’s and freshly shaved bay by Rywire. I swear he does the most amazing engine work. The Amuse front bumper and Mugen hard top round the car off very well. 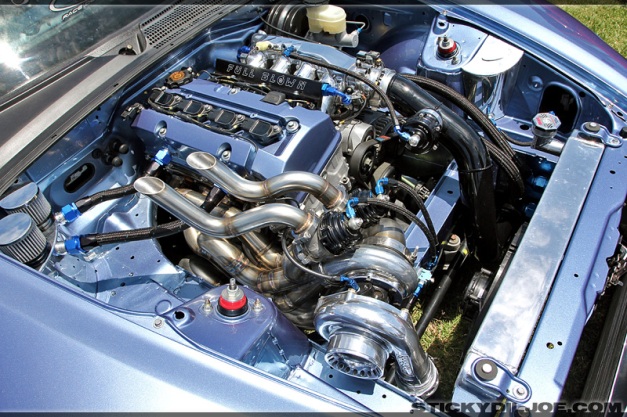 This to me is now the nicest S2000 out. Brought out for the first time for Wekfest with it’s brand new turbo setup. This BY FAR is the nicest turbo setup I have ever seen on an S. The custom work is through the roof! Mad Props!