Ok so, in this post I’ll be covering the actual meet and some of the cars that stood out to me. I realize I really need a wide angle lens with such huge crowds like the one that was at IA. I didn’t get shots of all the cars I liked from the show, but I’ll always be improving on my work. It was a great meet and was pretty intense how many cars actually attended. We spoke with the organizer and he said they got around 5000 cars. That is a really impressive number of enthusiasts. It’s great to see so many people support the community. Now, the police did come to shut the show down early, so I did hear some people complaining about traveling long distances and not getting their “money’s worth”. That is understandable but for me, it’s all about the experience. The journey is just as fun as the destination.

On to the cars… 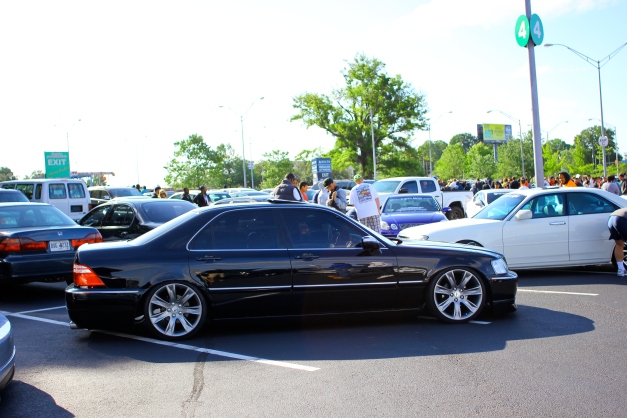 First car I spotted was this beautiful Acura RL. It’s pretty safe to say this is the dopest in the country.

I can respect the owner for shelling out for Rotiforms, but this car can use a lot of improvement. Sure does have a lot of potential.

So much right with this GS. The whole package and I’m pretty sure he was rocking a 2JZ under the hood. 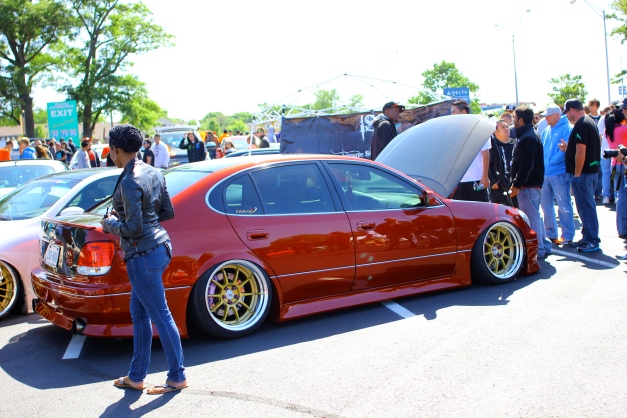 Another dope GS. I love the different approached people taking to modding these cars. 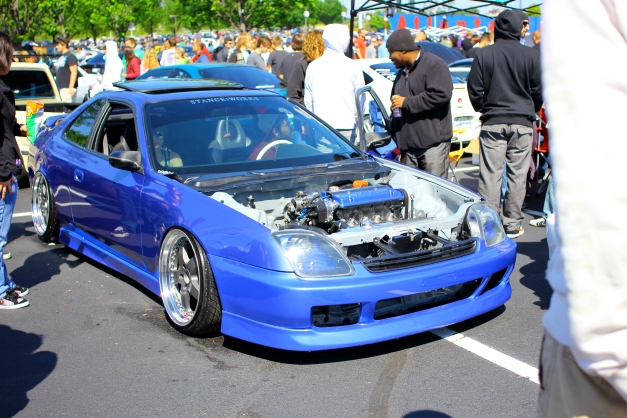 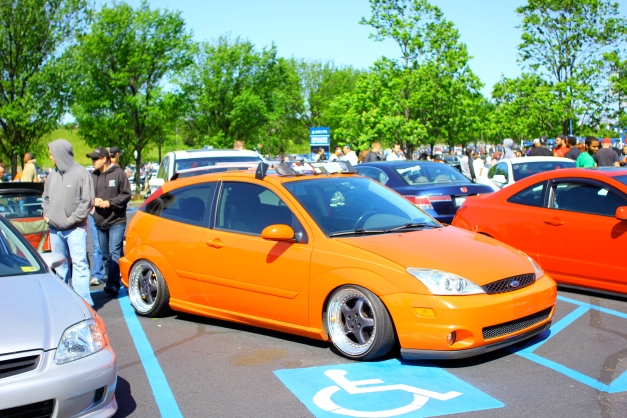 A buddy of mine has owned a Focus for about 50 years now, so whenever I see a nice one I make sure to snap a pic of it. I’m sure he knows the owner. HAHA 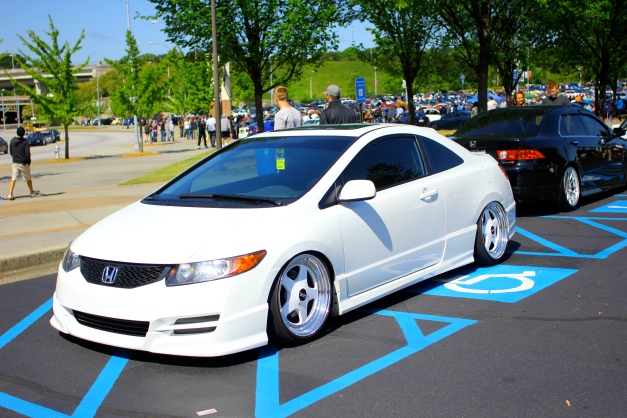 Really liking how the OZ wheels look on this Civic. 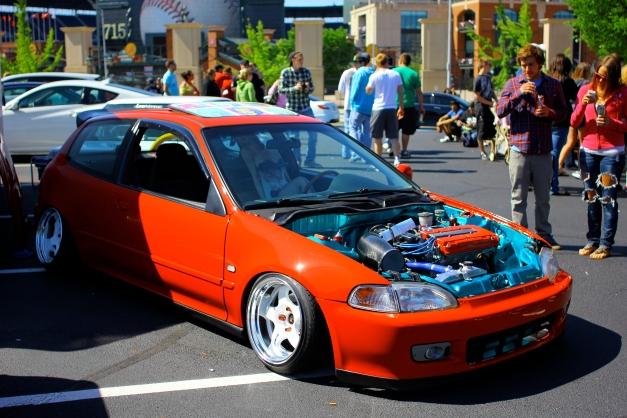 Another shot of the LowMonroe EG. Again, this car was very well done and super low. Notice anything different about the shock towers? 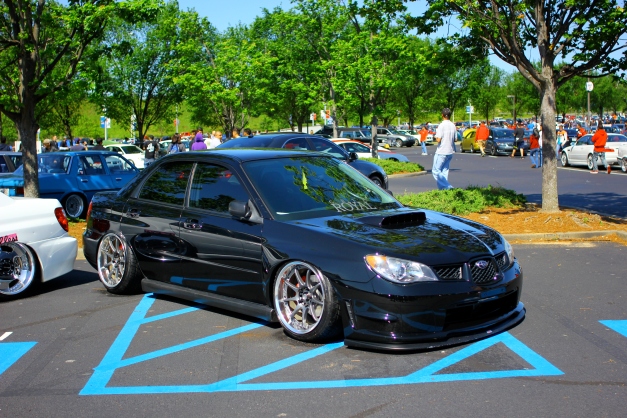 It’s pretty crazy the amount of Subaru’s on air these days. 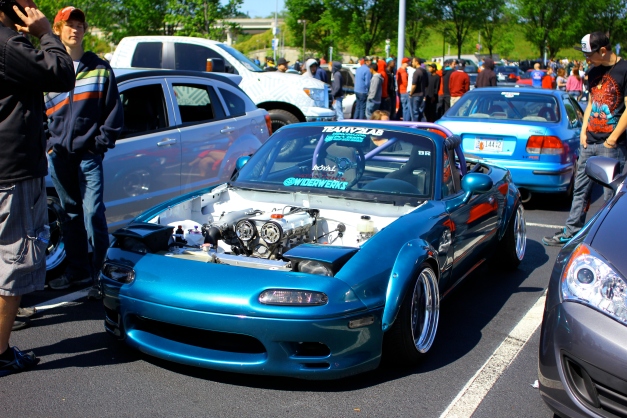 Damn I love this car. The shaved bay was a work of art. 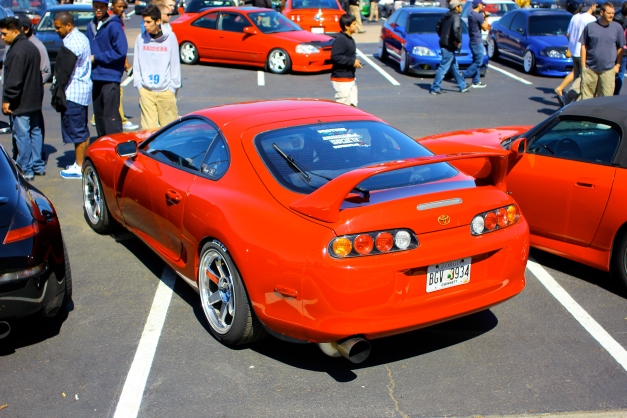 A very clean Supra on Volk TE-37’s hidden in the huge parking lot. 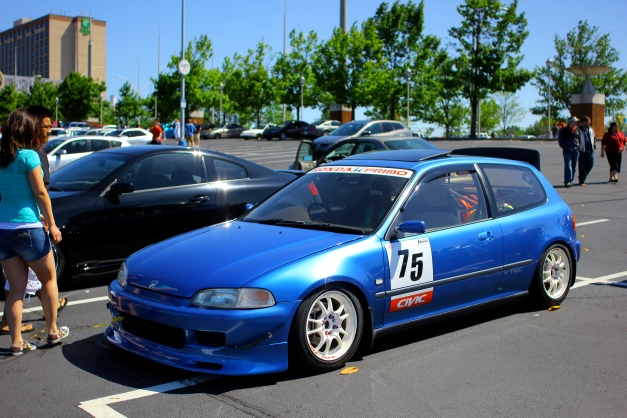 Beautiful rhd EG on Mugen MF10’s. I have a love/hate relationship with the BYS rear wing. 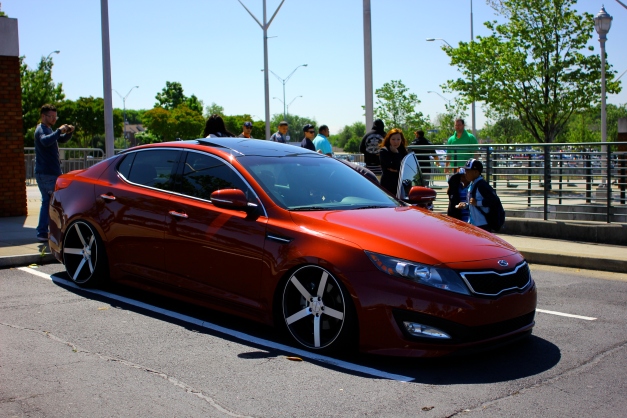 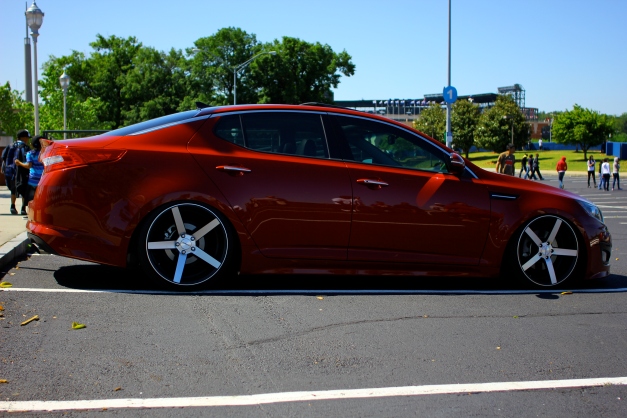 This Kia Optima was seriously jaw dropping. Pictures to it no justice. So damn good. 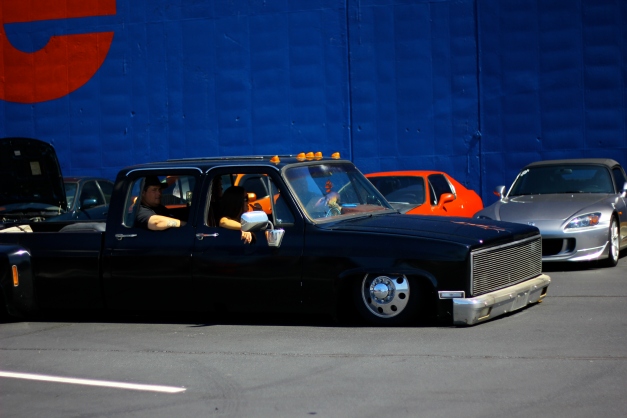 Ah man it was so cool seeing a body drop dually. I want one so bad!!! 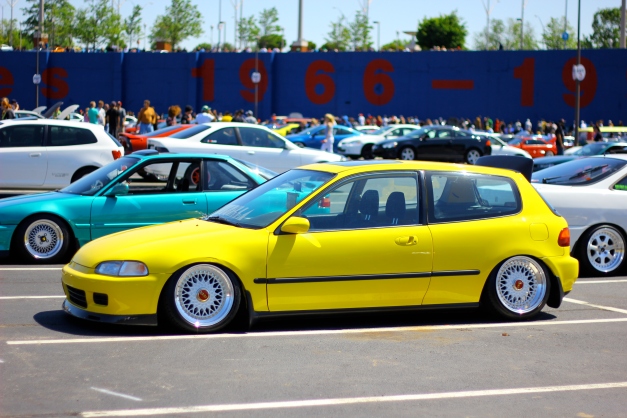 Another beautiful Yellow EG on BBS RS’. Simple and clean. 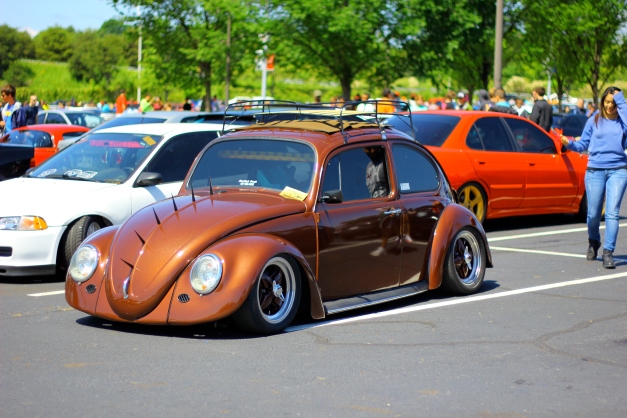 Cool seeing a dub in a mostly JDM crowd. Represent! 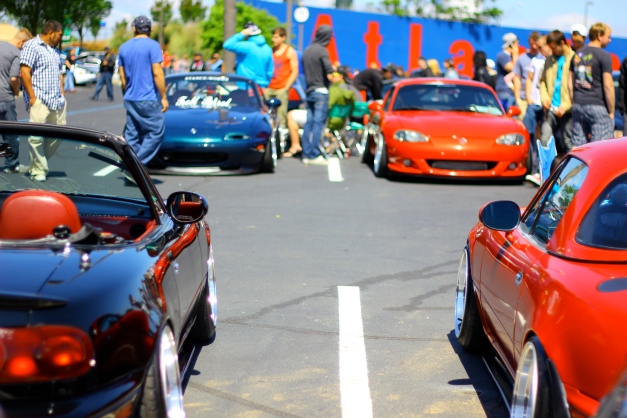 Can’t get enough of these Miata’s. 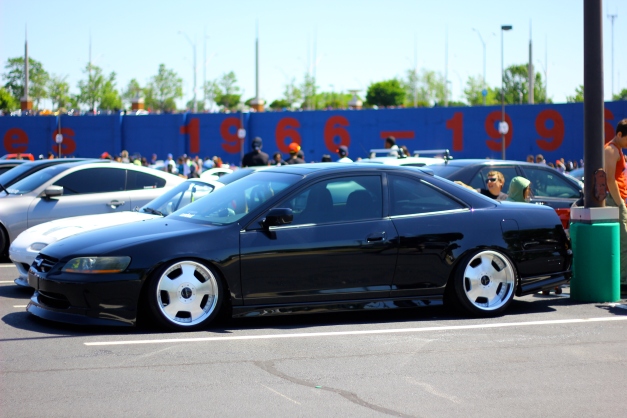 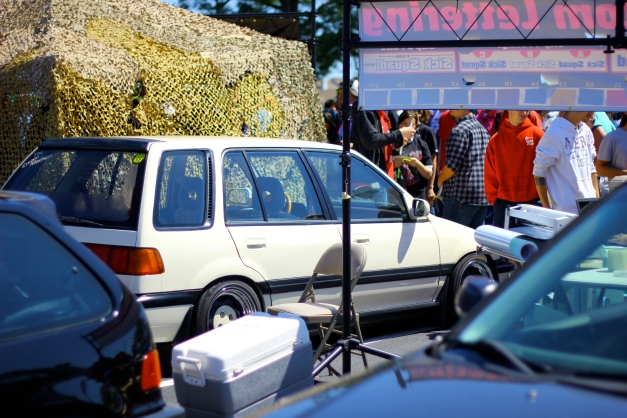 Since I don’t have a wide angle, and there was ALWAYS a crowd around this wagon, this is the best shot I could get. 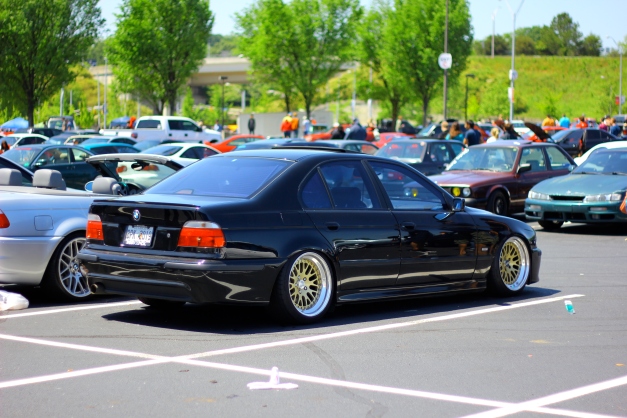 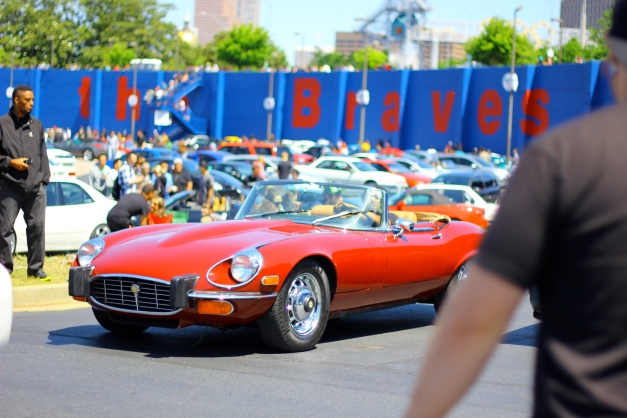 Some old school Jaguar love. If only it was a V12… 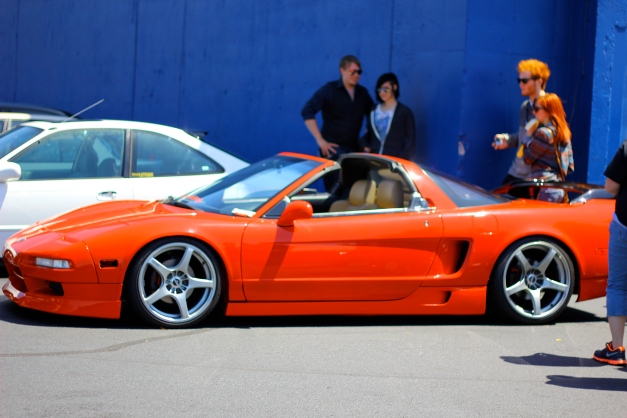 Would have chosen a different set of wheels, but this NSX was really well done. 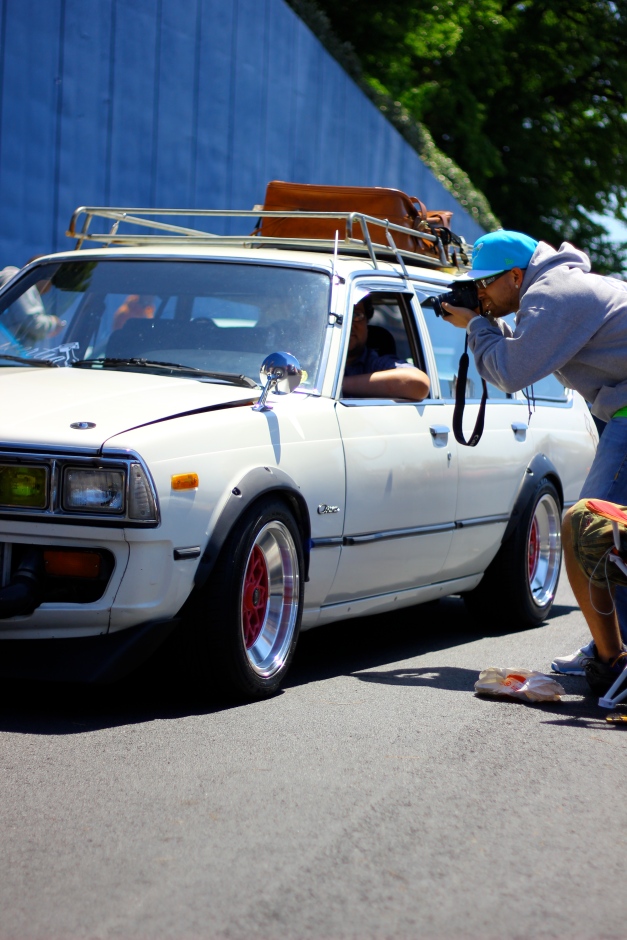 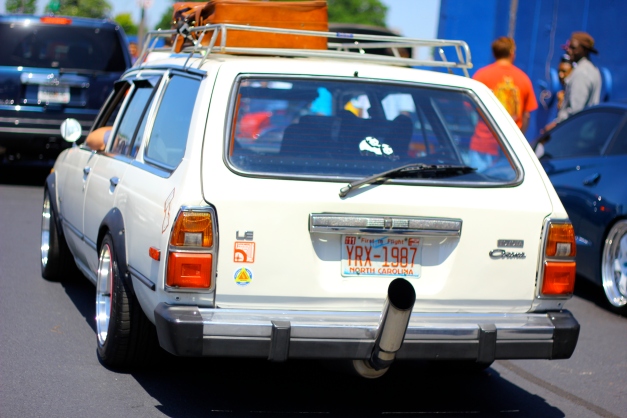 I’ll leave you guys with some old school goodness. So good, but damn I wish he would’ve gotten some “real” SSR’s instead of the Rota replica.

Anyways that about does it. I did miss a crap load of cars out at the meet, but like I said, I’ll get better with it. The last post on IA will be more focused on Unique Auto.

It’s not often that I post Jaguar content on here. There is some dope Jag’s out there, but they always fail to see the limelight. The new Jaguar line-up has been improved tremendously so I’m sure we’ll begin to see more in the aftermarket. HPS seems to always get some exotics down on the floor. I posted a R8 a while ago on air ride as well. I think this Jag looks dope as hell. The body lines seem to be accentuated with the bigger wheels and low heights. Props for the first! 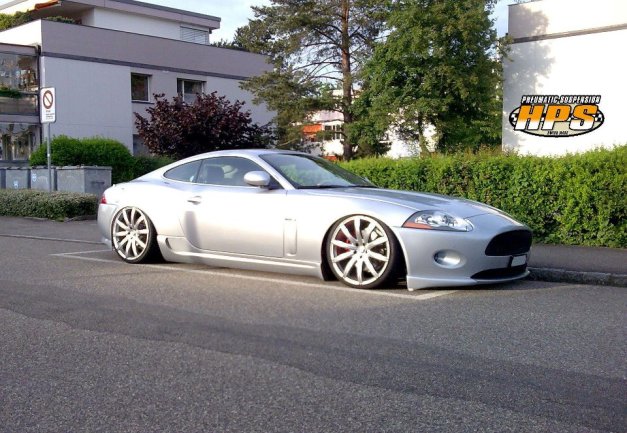 Beauty Has Been Defined

I’m not going to be doing much talking in this post. It’s arguably the most beautiful and timeless car in the world. And a perfect picture taken of it on a bridge over a peaceful river. The sun is hitting the car perfectly. Ah man, I could stare at this for days. 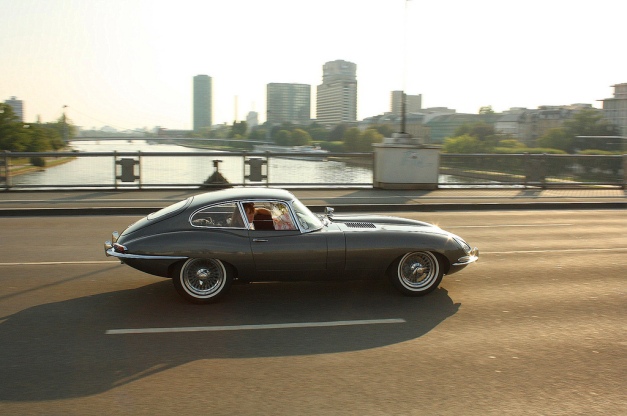