The only quad turbo car in production in the Bugatti Veyron. And we all know the price tag on that. It’s pretty easy to say that most of us won’t ever be close to owning a quad turbo anything. I think that is why this picture intrigued me so much. The only after market super crazy turbo set-up I know of is the eight turbo Chevy Bel Air. It’s just crazy to think about. How to you tune a engine like that? How the hell do you get enough air for all the turbo’s? Anyways the picture I have here, seems to be, a 4G63 with four small turbo’s. I want to see it in a car and running. It’s just nuts! 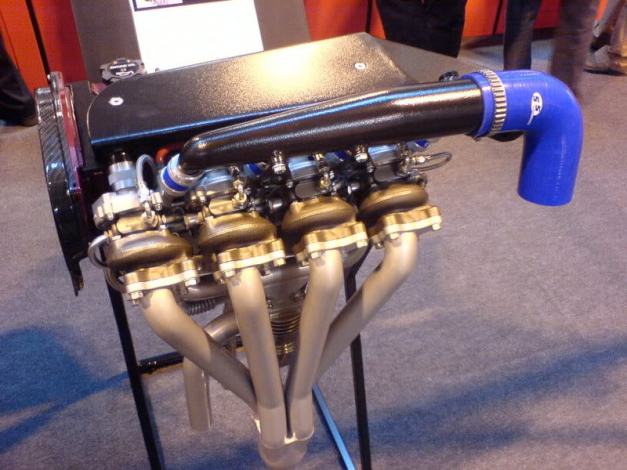