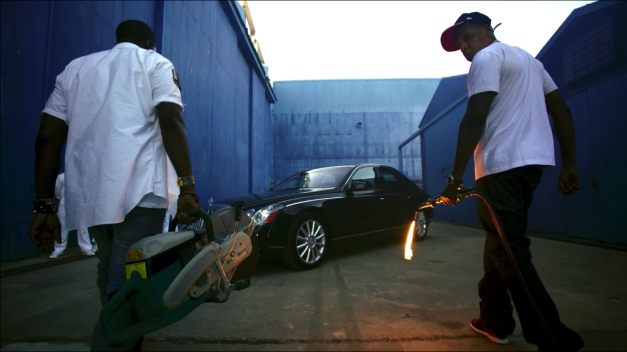 Whether your a car enthusiast or not, I’m sure you’ve heard of Kanye and JAy-Z’s new album. And as most of you should know, they both have boat load of money. They recently released the video for their single “Otis” and it was shocking to say the least. It will explain the picture above. Now, it’s unlikely they hacked the Maybach up themselves, but it shows just how baller there dudes are. I mean drifting around a gutted out Maybach is pretty nuts. HAHA

Here is the video for reference.