I was trying really hard to free up some time and money to get to Import Alliance this year, but it just couldn’t happen. Definitely planning for next year. As many of the emerging car shows IA really seems to be getting bigger and bigger each year. The video I posted a week or so ago shows just how many cars were in attendance. And I’m sure you’ve seen coverage from the many site’s and forums out there. IA didn’t fail to impress with loads of quality built cars. The east coast Honda game is no where near the west coast, but we are starting to take it more seriously. It’s crazy to see how the game changes over the years. Anyways, I waited a little longer to post because I wanted to view the heavy hitter posts as well as the “regular guy” posting pictures on a forum. You’d be surprised what some people miss. Anyways here it is. Now, this isn’t EVERY SINGLE nice car from the show. These are just the cars that stood out to me in this particular show. That means if your car has been around for a while, unchanged, I probably won’t post it. Not saying it’s time has come and gone, it’s just a car that everyone knows is a standout. On to the cars. 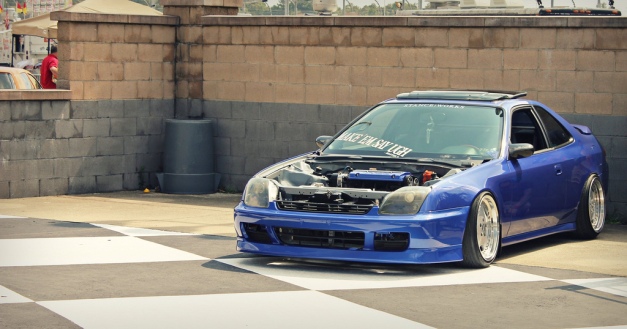 First real surprise was a stanced out Prelude. I was always curious as to how these would look slammed on wide wheels. I have to say I love it. With the oem goodies, shaved bay, and great color it was easily the nicest in the show. 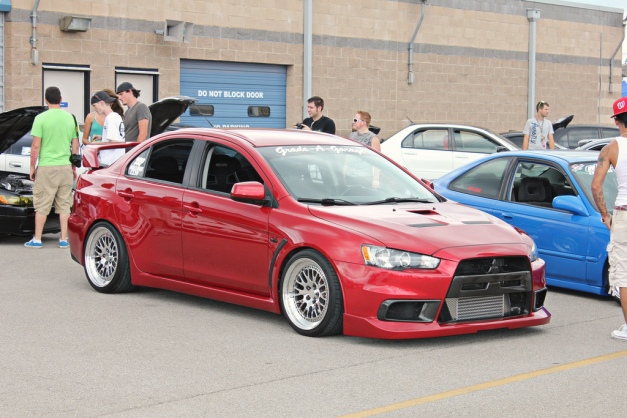 Evo X’s have fully grown on me and with a set of CCW’s you can’t lose. 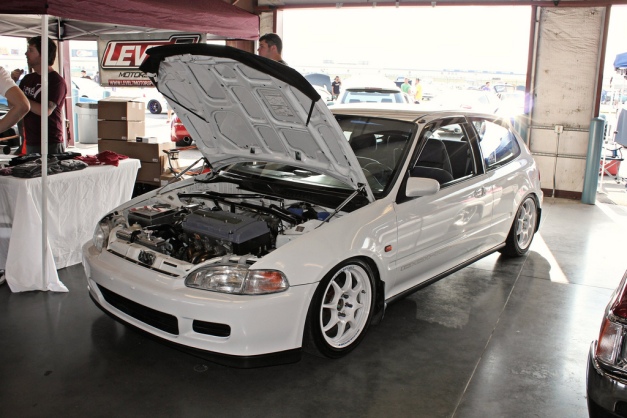 Easily one of the nicest EG’s of the show. Just something about the clean white on white that never gets old. That and the fact that it’s immaculate. 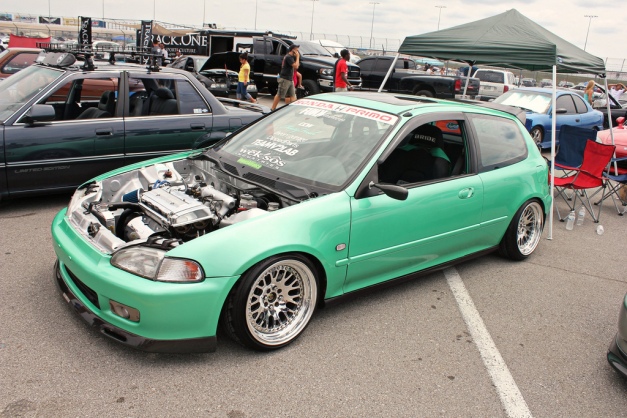 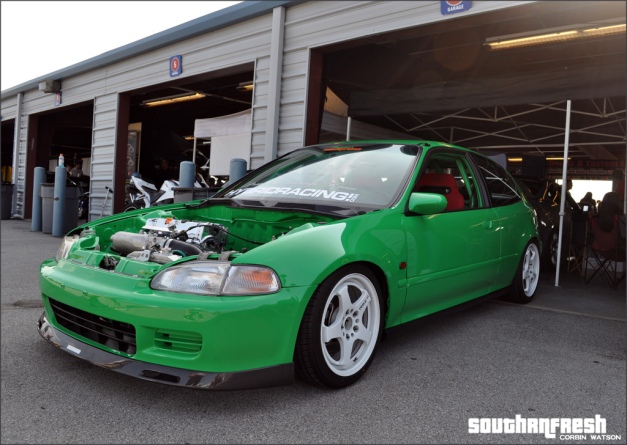 Now these two green EG’s were tied for the nicest out. Although each very different. I don’t know if you noticed but the green on the second is off a Porsche GT3. 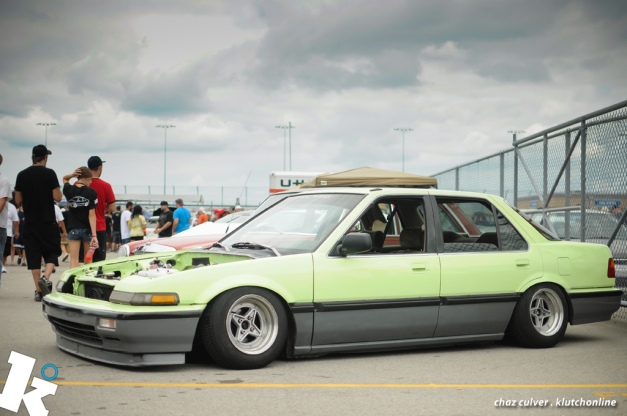 Here was another complete shocker. We all know I have an love for 80’s honda’s, and this thing is just sick! Remind’s me of a 80’s Accord out in Japan. Interesting color. Props to the owner because we all know there is absolutely NO aftermarket for this gen Accord. 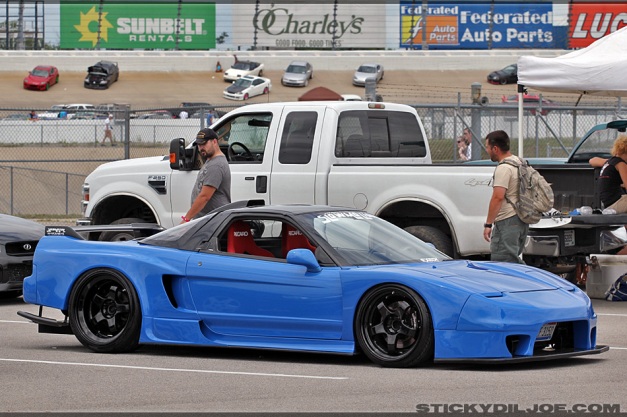 Although most of us have seen this car floating around the interweb, it doesn’t hurt to show it again. Damn it’s beautiful. 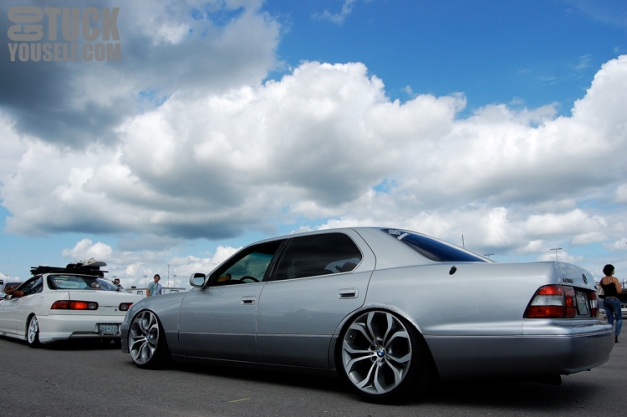 I know many might not understand why I post something like this. I just have a huge soft spot for these LS’. I plan on dailying one a some point. 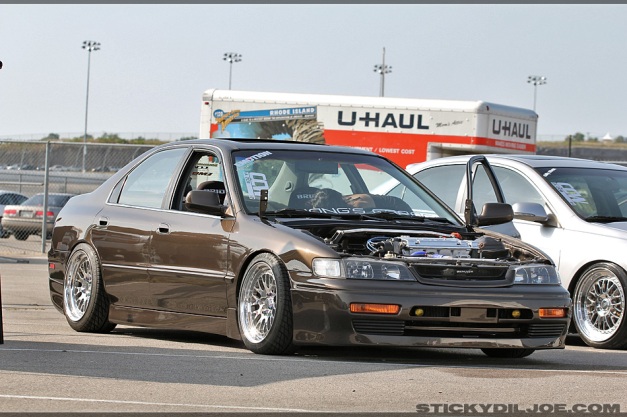 My love for these Accords has really grown over the past year. It’s pretty sick what can be done to them. This brown example is no different. 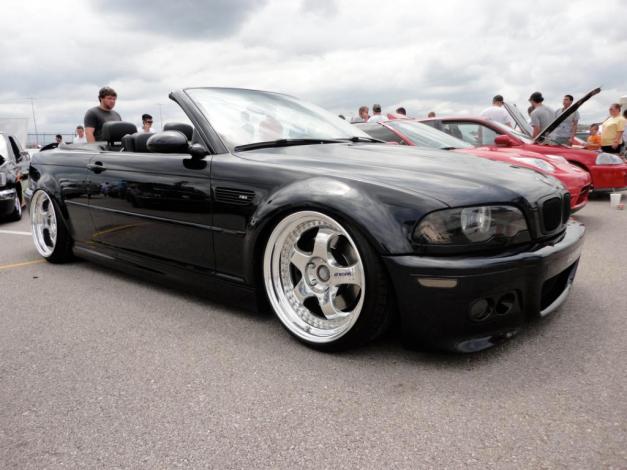 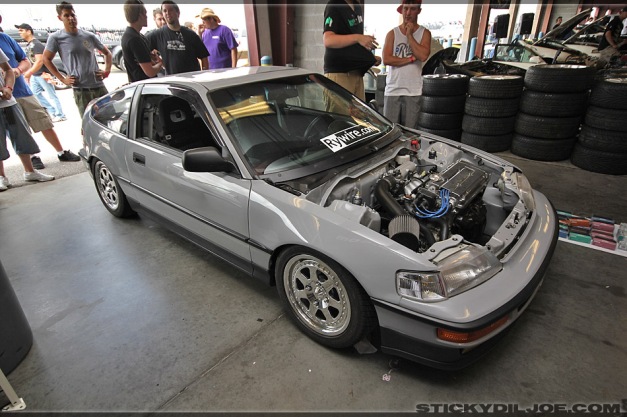 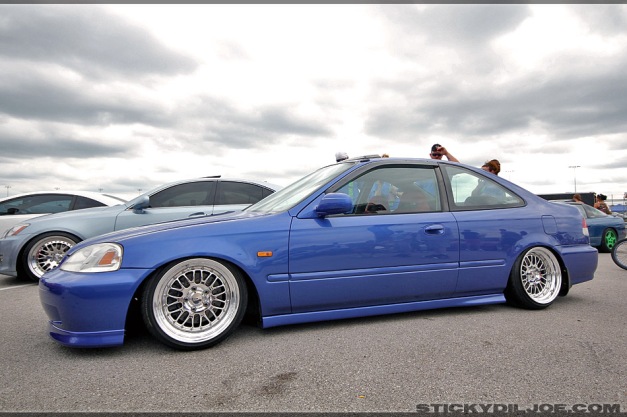 I’m going to keep all the EK’s together. Really loved this car when it came out. The color is so outstanding. A simple drop on some CCW’s and you have a winner. 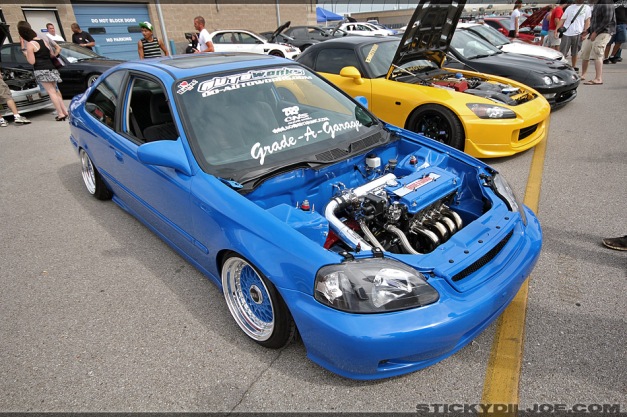 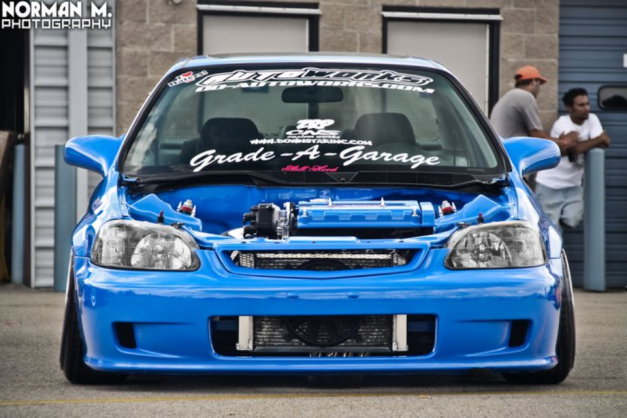 This was the Honda of the show for me. A complete build, done right. No short cuts. A lot of hard work wen’t into that bay. If it had some interior done, it would’ve been the car of the show. 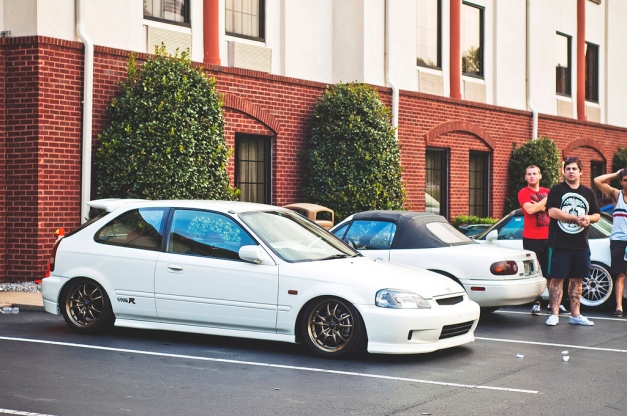 Minty Type R. And it’s real. If I’m not mistaken this belonged to dut out in Cali. Glad to see the new owner is keeping it clean. 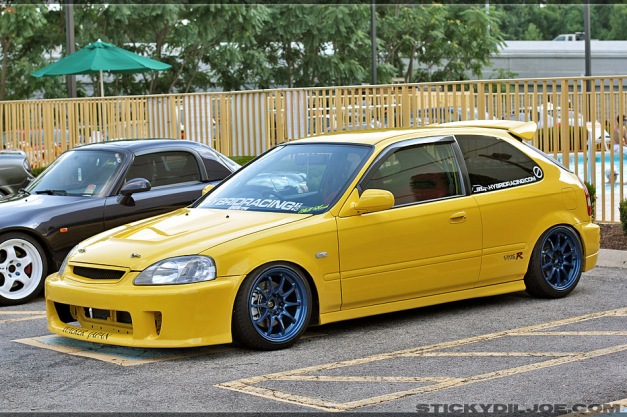 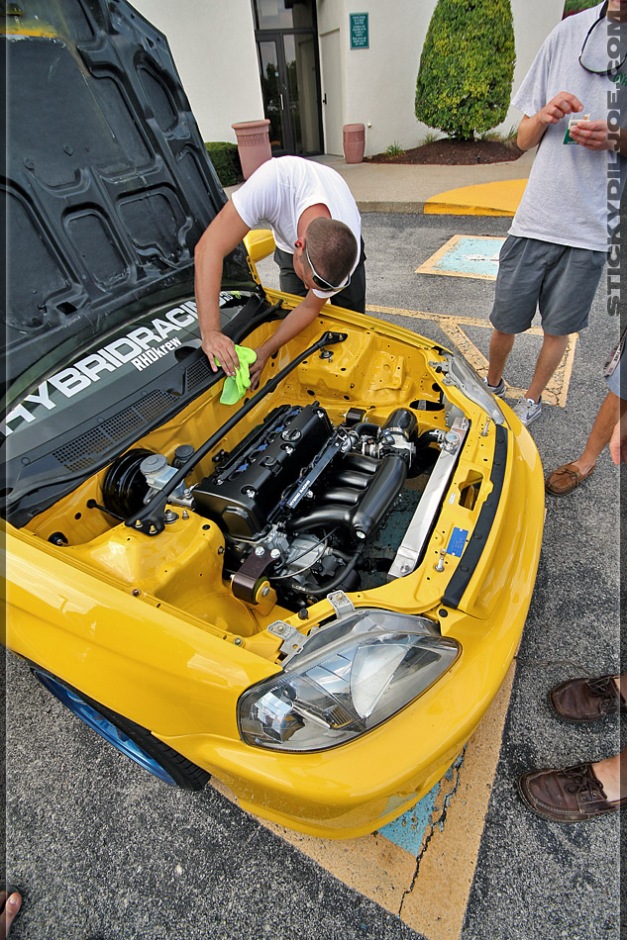 Another really nice real Type R. I usually wouldn’t like blue wheels on a yellow car, but it seems to work. 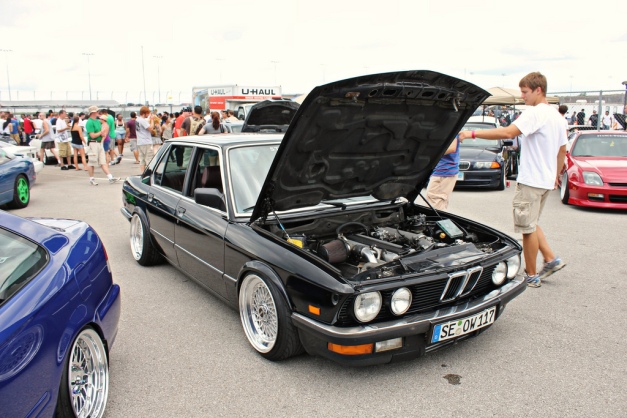 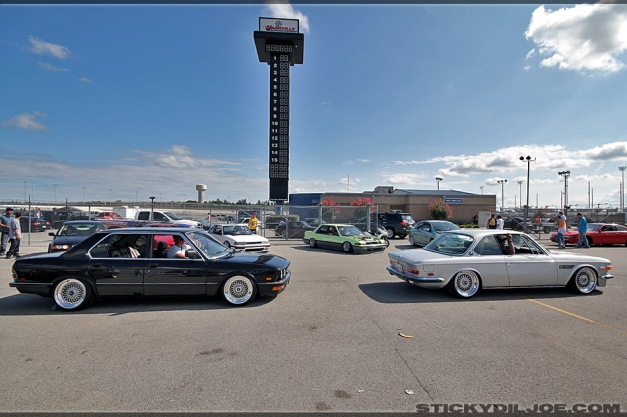 Two beautiful BMW’s from Stanceworks. The first is a JZ swapped 5-series. The second is a heavenly E9 on 18 inch RS’. Many of you should know the owner by now. 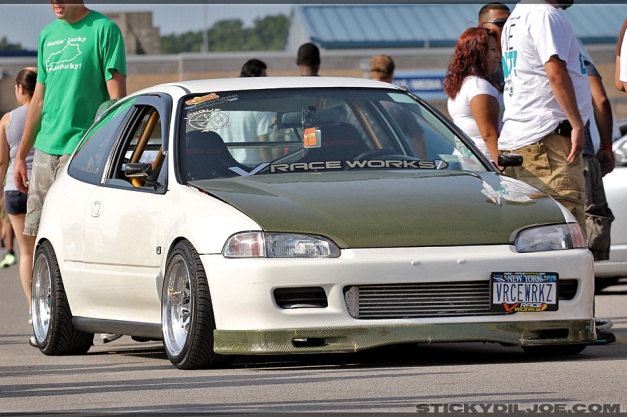 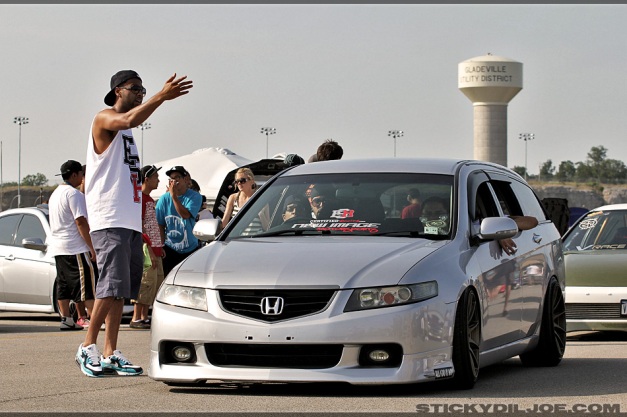 Two cars I have seen personally in New York. Glad to see they made the trip. 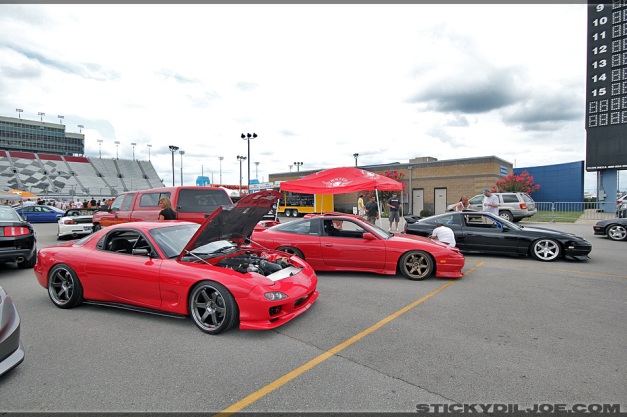 Three beautiful examples of simple, clean JDM tuning. Of course the RX7 has a LSx swap but you get what I’m saying. 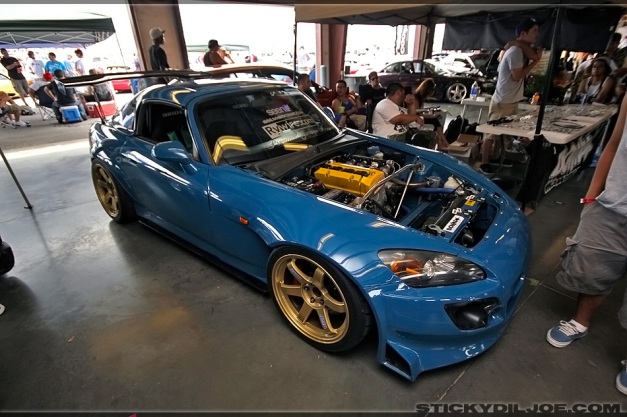 Always love seeing this S2K. The owner’s newest addition are the gold Volk TE37’s and is now on ITB’s. I hear it gets tracked hard too. 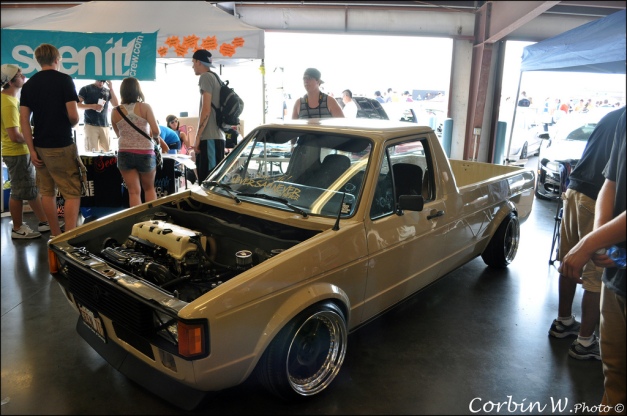 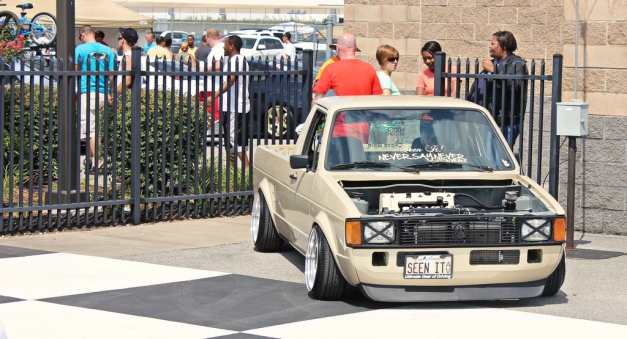 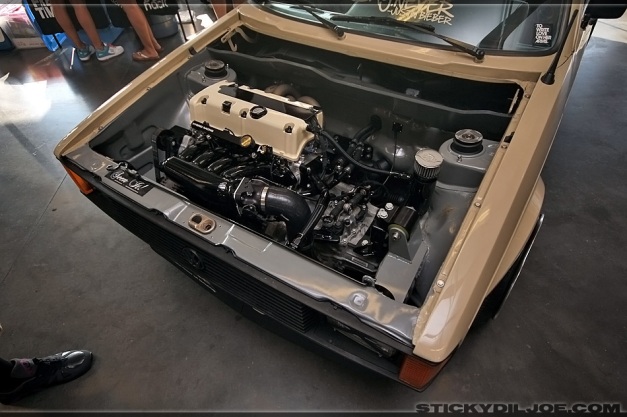 Last but not least is THE car of the show for me. A MK1 Caddy with a K20 swap. I have been following this build religiously and it is nothing short of amazing. Some may call it sacrilege, blah blah blah. You can’t deny the imagination and custom work that wen’t into this car. Sitting on a set of Work CR01’s keeps with the jdm meets euro theme. This truck is just so perfect in so many ways. 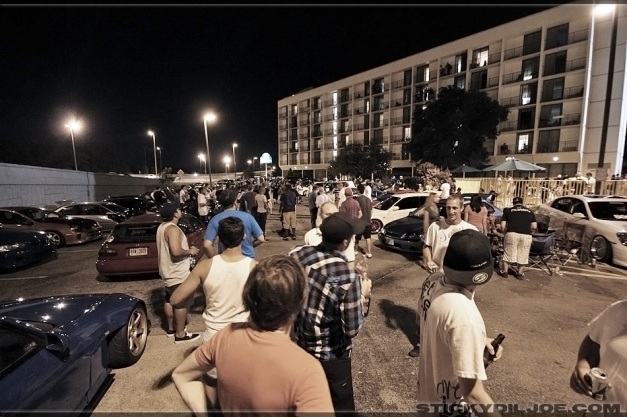 I wanted to show a picture of the nightlife from Stickydiljoe. This is from the “party” hotel. I’ll make sure I won’t be staying there next year, from the story’s I’ve been hearing.

Anyways it looked like a great show and weekend. Can’t wait til next year.