On saturday I attended the Formula D drift show at Wall Speedway, New Jersey. I have been going every year for the past three years now and it never disappoints. It’s always an exhausting day with a combination of blazing sun, free unlimited NOS energy drink, inhaled exhaust and tire smoke, and lots of cheering for our favorite drivers. I really enjoy this event because every team garage is open to the public. You can walk right up, check out what’s going on and if you lucky, get a autograph. It’s just a great overall atmosphere.

It seems like the long wheel base V8 cars are completely taking over. Unless the driver was perfect, the turbo 4’s just couldn’t compete. Having said that most cars had LS swaps. It’s pretty nuts to see how popular that motor has gotten and seeing what cars it’s being thrown in.

On to the pictures. As you can see my camera SUCKS! Don’t worry a DSLR is soon coming.

Attendance really seems to grow from last year. Which is great. 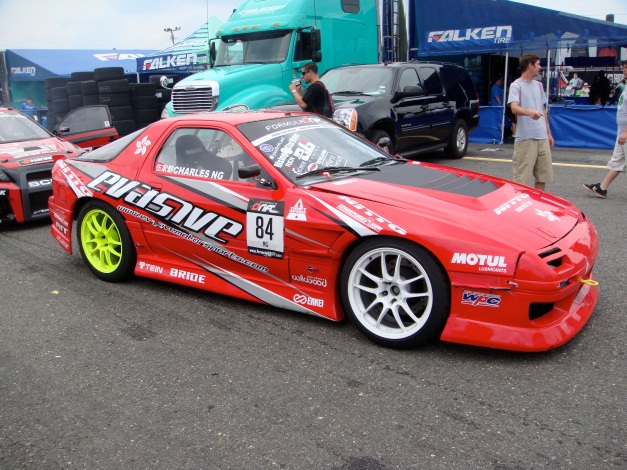 Caught some of the cars lining up for top 32 before heading back to the stands.

A little top 32 action. Yes, the pictures suck. In this round half the cars seemed to either brake or get into an accident.

After the top 32 I made my way back to the pit/vendor area to snap some pics.

After seeing pictures of seeing this car at SEMA, I never thought in a million years I would see it in person. What a treat! The car is absolutely INSANE! The pictures don’t do any justice. The front lip makes it pretty undriveable, but freak it. If you have GTR money, you have money to replace the front lip every thousand miles. This car is obviously a trailer queen. 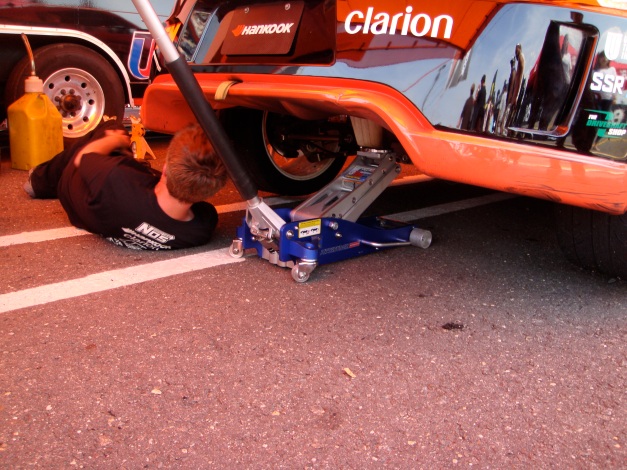 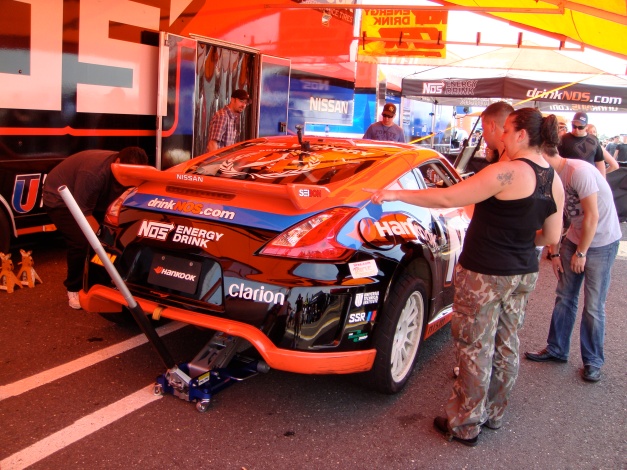 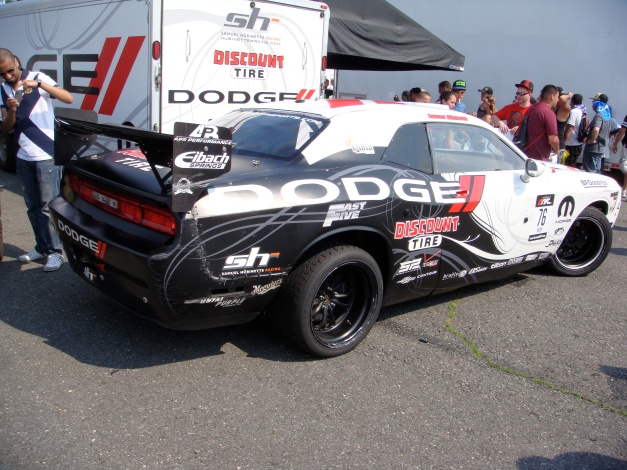 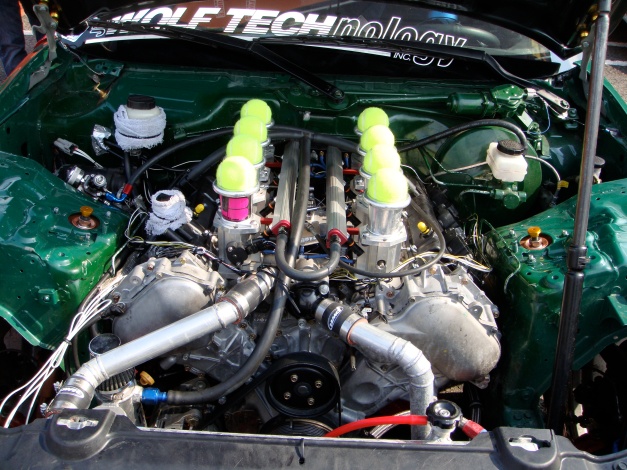 Like I said, the V8’s have completely taken over.

Some battle damage and an interesting jean material dash. 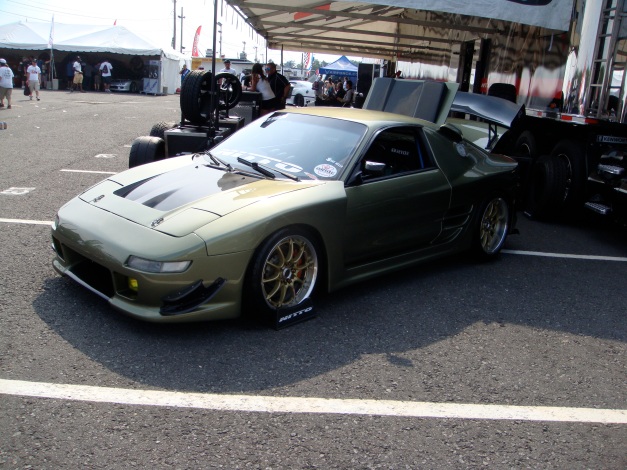 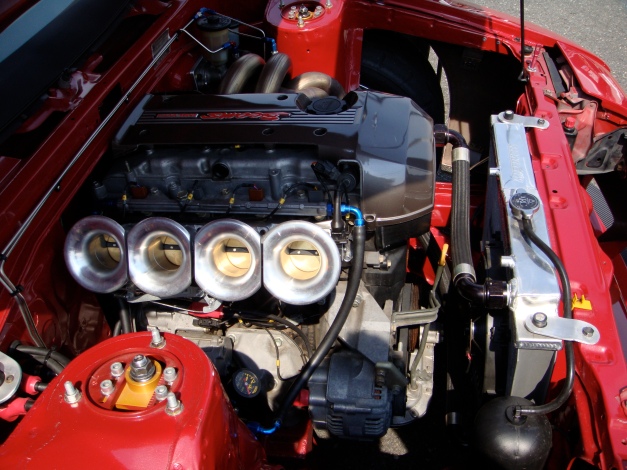 I was really disappointed in the number of show cars compared to last year. The AE86’s engine bay looking incredible. 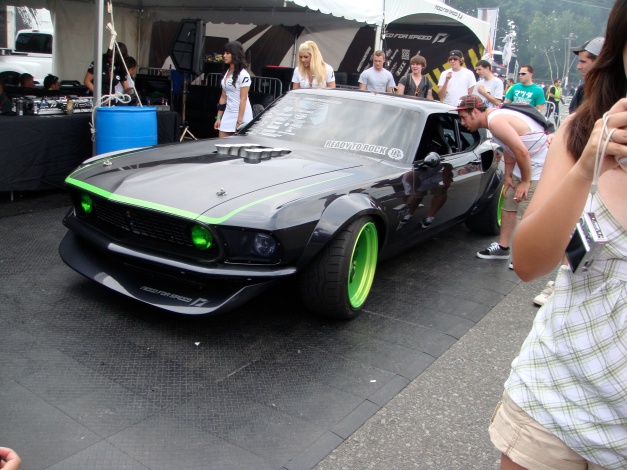 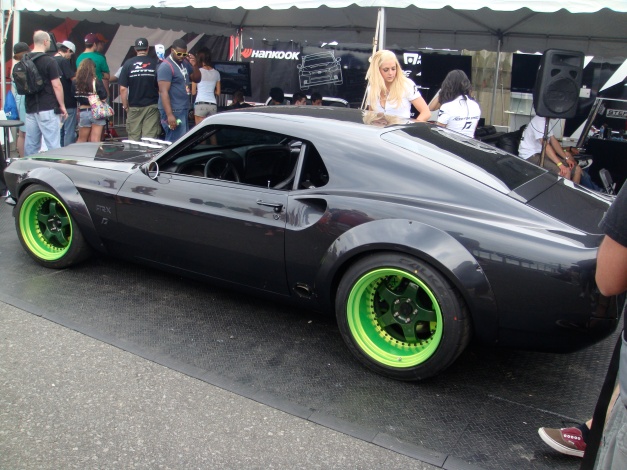 Another shocker and treat was seeing Vaughn Gitten’s completely custom Mustang. This car is build to supercar standards. 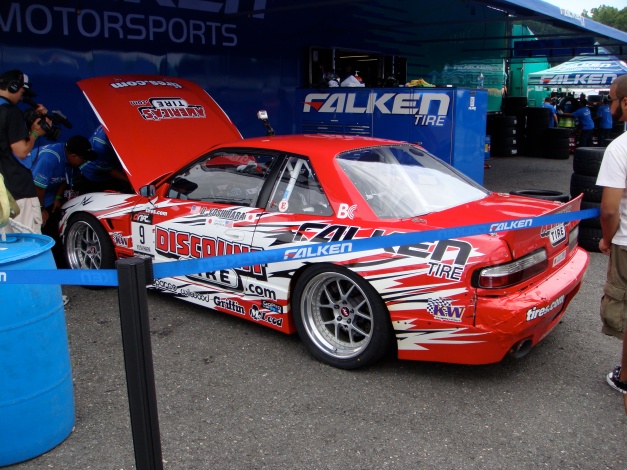 My favorite car/driver from saturday was Daijiro Yoshihara’s S13 w/LS power. I want to eventually build one exactly like this.

There was a small Ruckus crew out. I gotta say these scooters have a lot of potential. 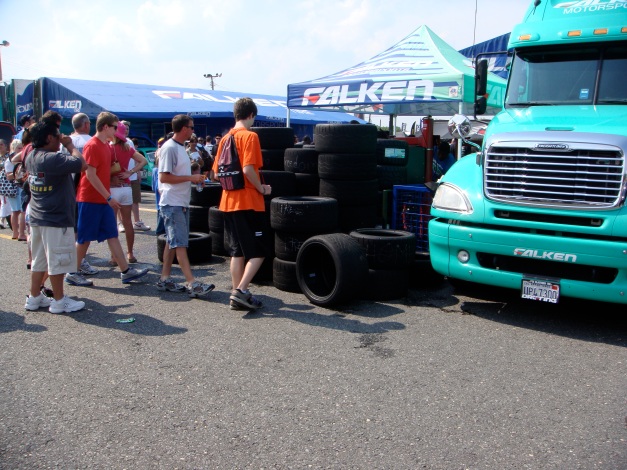 These teams go through tires like there is no tomorrow. Literally hundreds of tires were taken home as souvenirs.

We headed back for opening ceremony and a shot at the top 16. 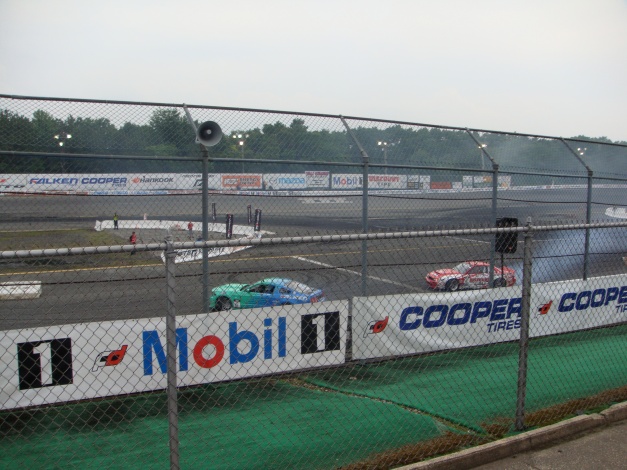 A couple more action shots. The winner saturday was Conrad Grunewald in his 2011 Camaro.

After the event we chilled in the parking lot since there was a ridiculous rubberneck at the exit. This RSX was absolutely beautiful!! Pictures really don’t do justice for this car and how it looks slammed and stanced. I want one!

Here is a horrible shot of Lyron and his Legit RHD 1JZ Soarer. Such a nice drift machine. 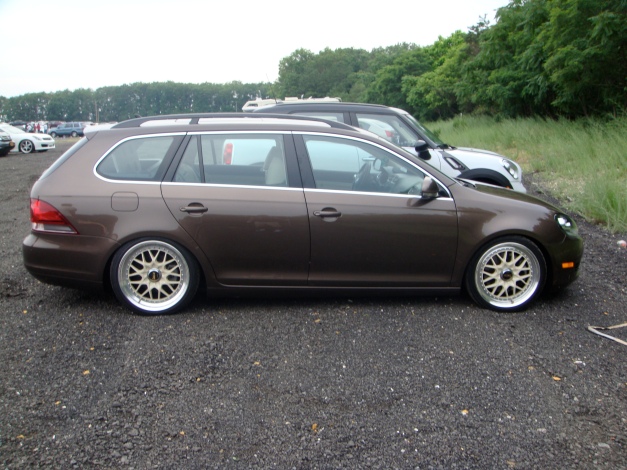 A couple other nice cars I spotted in the lot.

Overall it was a really great show. Can’t wait til next year. 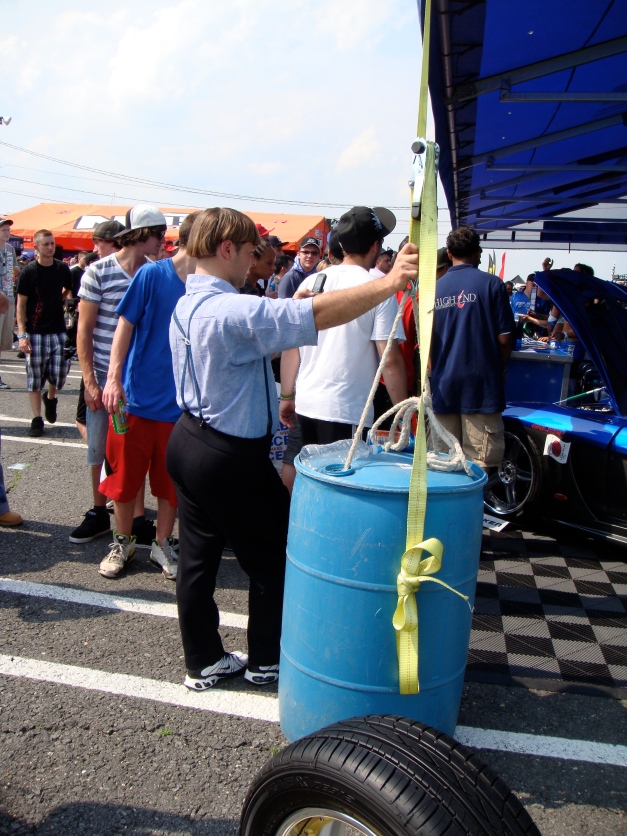 I almost forgot to post this up. There was a crew of Amish at the track and I could help but take a snap of this dudes stance. HAHA props to them for coming out though.